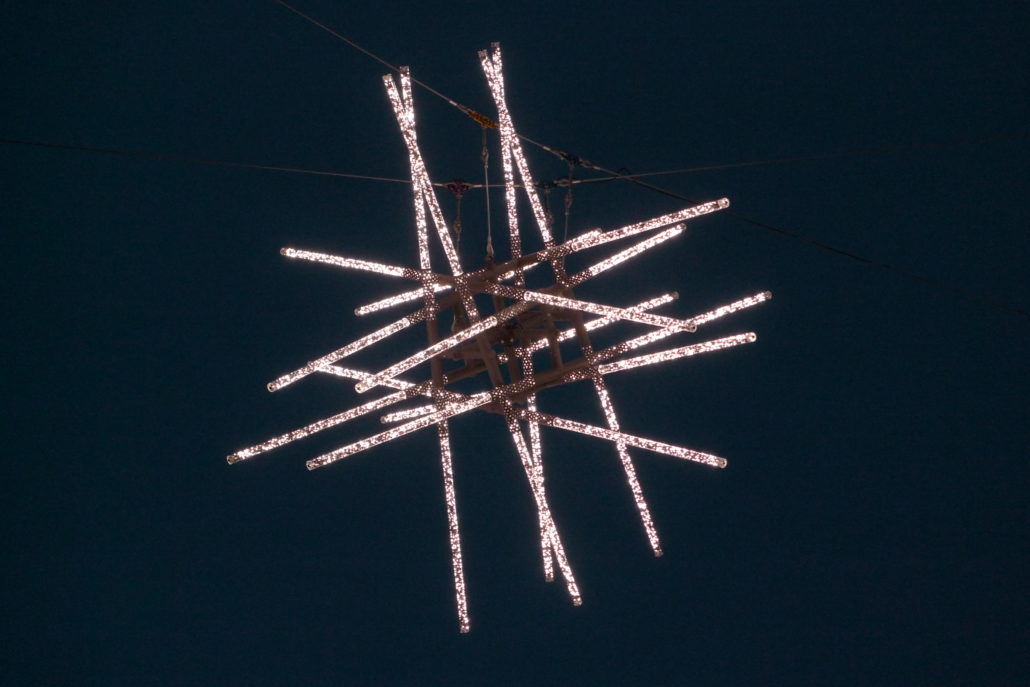 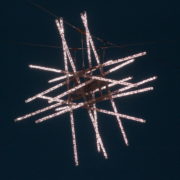 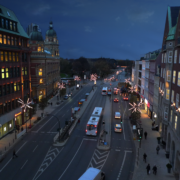 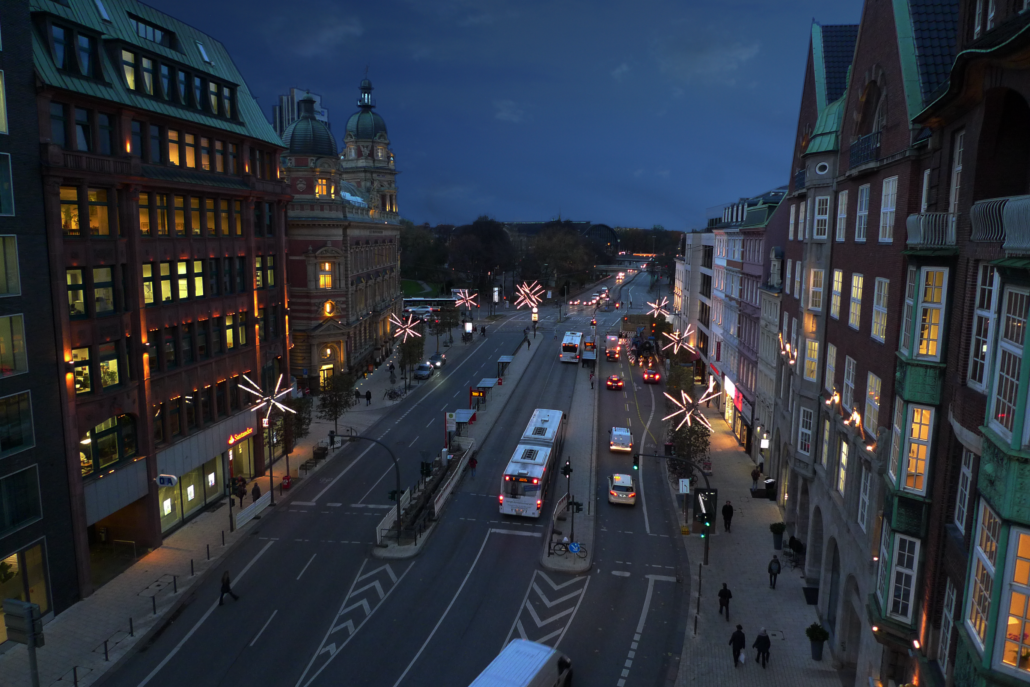 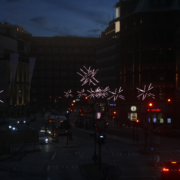 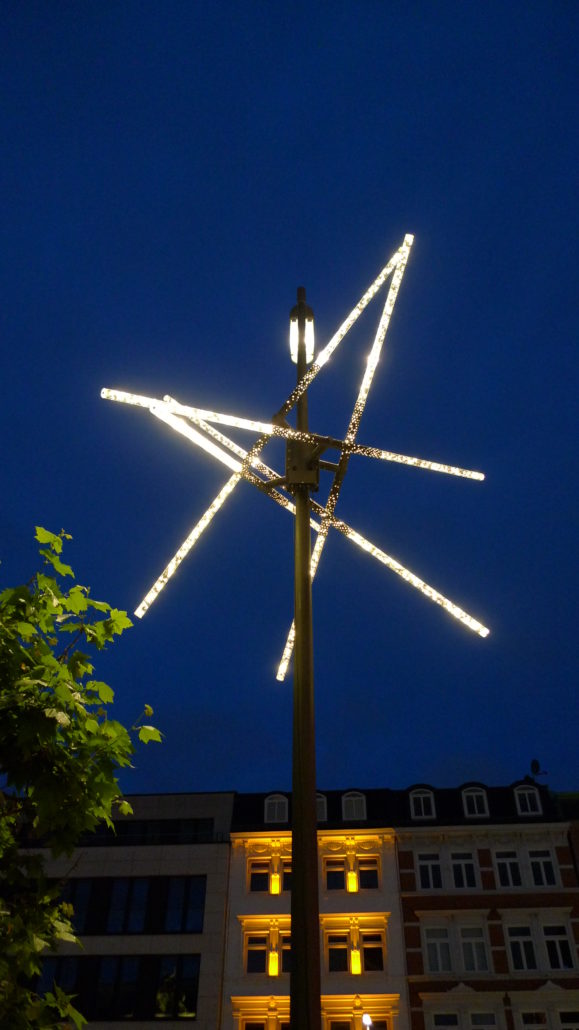 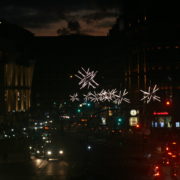 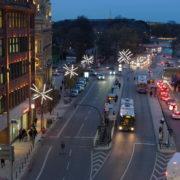 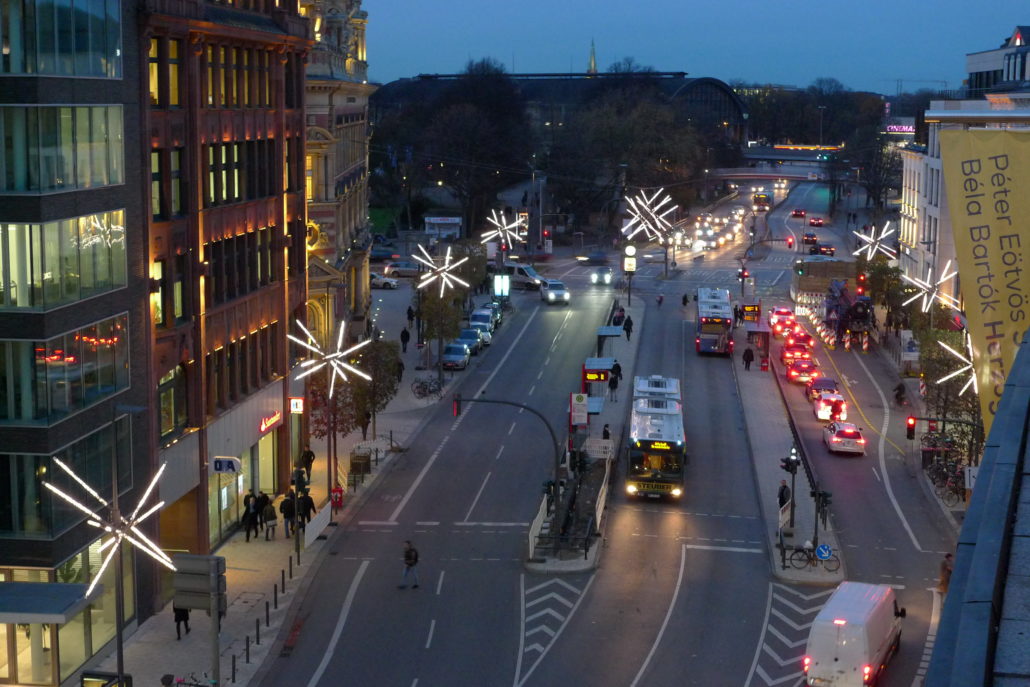 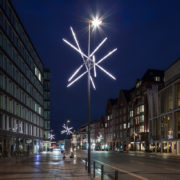 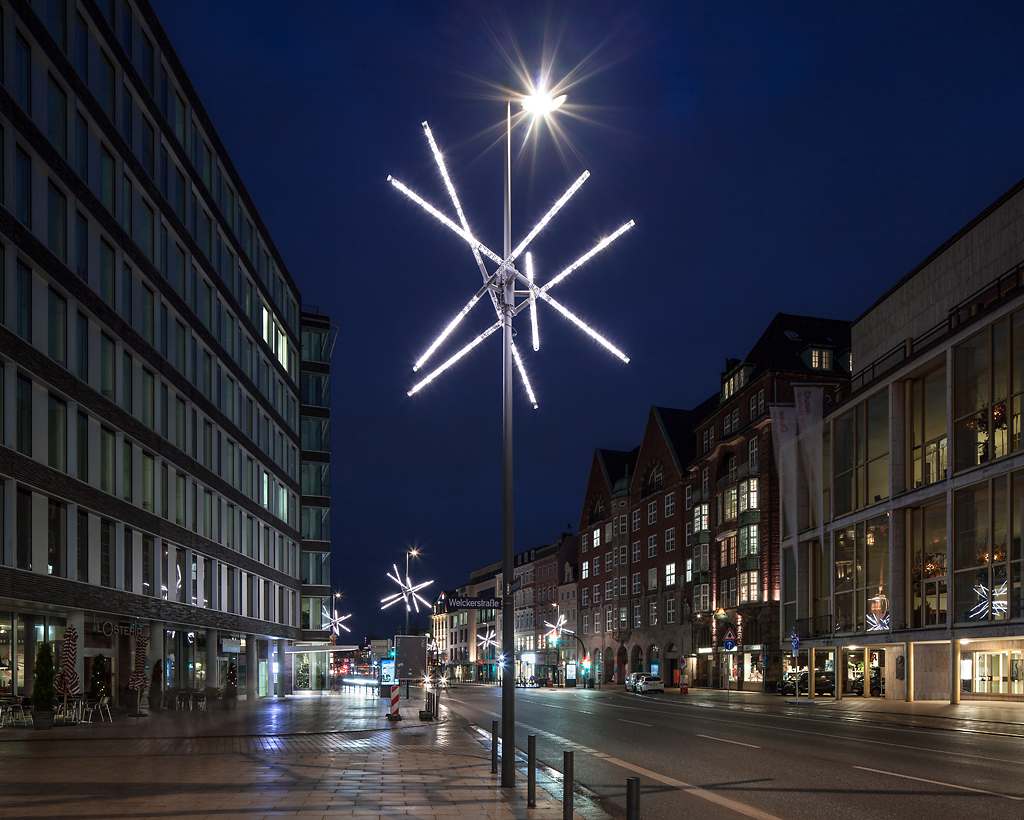 2016 – For the winter lighting of the Opernboulevard (Dammtorstraße) in Hamburg an invitation competition was opened. The architectural office Florian Fischötter drew us in and the jointly developed solution became the winner!

The requirements were complex: the lighting is temporary; it is only installed at the time of Christmas lights. The lighting elements have to be easy to mount, store and maintain. Furthermore, the existing lampposts had to be used as mounting and electrifying points, only at the side of Stephansplatz one element was to be suspended from ropes attached to the houses.

The lampposts are asymmetrical, mostly on one side of the street. Our claim was that the light installation would show a nice picture, both from the proximity, if only one lamppost is in sight, as well as with a general view.

The solution then came with the idea ‘sparklers’ combined with ‘stars’. Transparent plastic pipes were filled with standard LED-lightchains. The pipes are anchored in a sturdy metal fastener, which is attached to the lamppost; the cables could be placed inside the posts. Five tubes were provided per lamppost, showing into different directions – the individual light points can be seen close-up, the tubes seem to be illuminated evenly from a distance.

The resulting light objects are reminiscent of the shape of stars or snowflakes. The elements mounted on the lampposts stand out visibly from the lively ambient lighting and the large star with ten tubes, taut between the houses, marks the entrance to the opera boulevard and, from this side, also to downtown Hamburg.

Back to projects
Baader