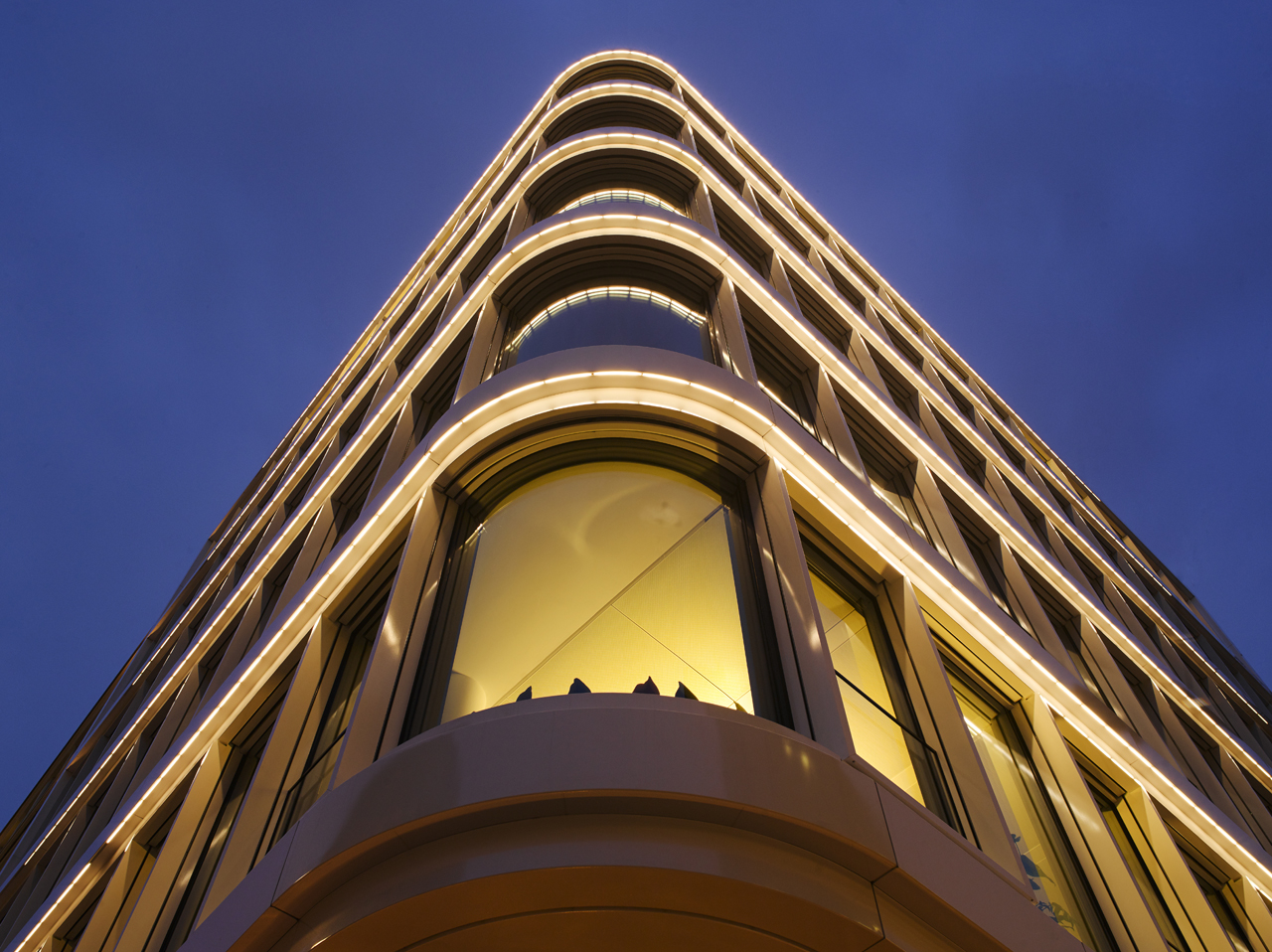 Amidst the many office buildings in the central city of Hamburg, a new highlight was created – The Baltic Haus. The design of the building has a distinctive hanseatic touch: conservative with clear lines and simple, high quality materials. Read More 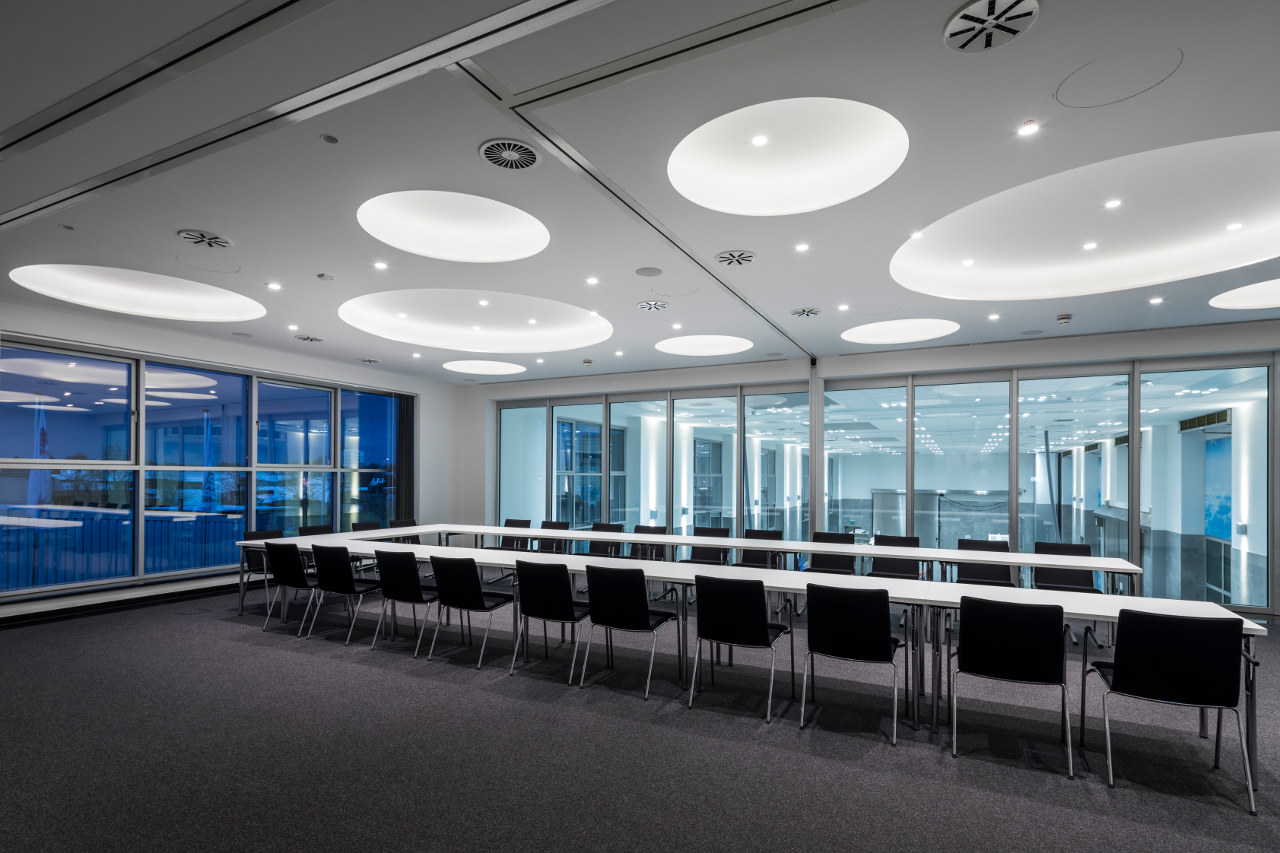 A new showroom for Nordischer Maschinenbau Rud. Baader GmbH + Co. KG at its headquarter in Luebeck, Germany. The company is world leader in the field of food processing machinery for the poultry- and fish-industry. With this new showroom, the company offers a unique centre to have a look at the latest machines and take part in connected conferences and trainings. Read More 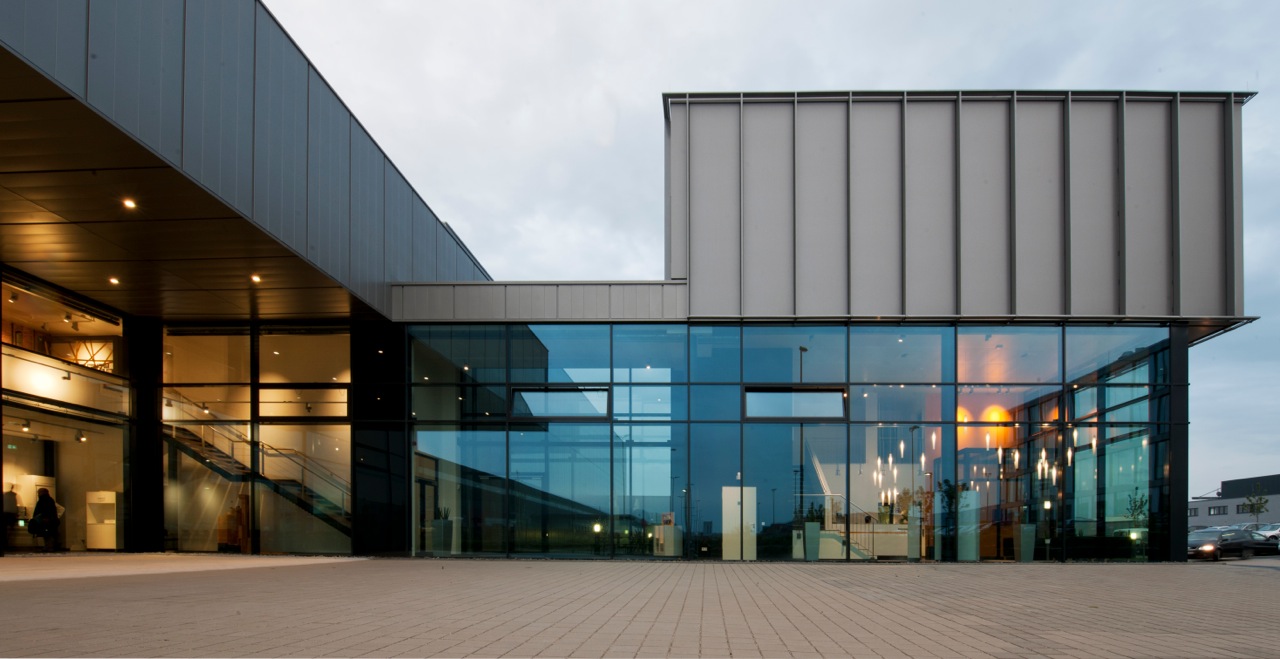 2014 - In recent years, the company Jungheinrich continued to expand its network of distribution sites. We were commissioned with the design of a basic lighting concept. The concept was developed for the construction of two new locations with the requirement to adapt it for further locations. Read More 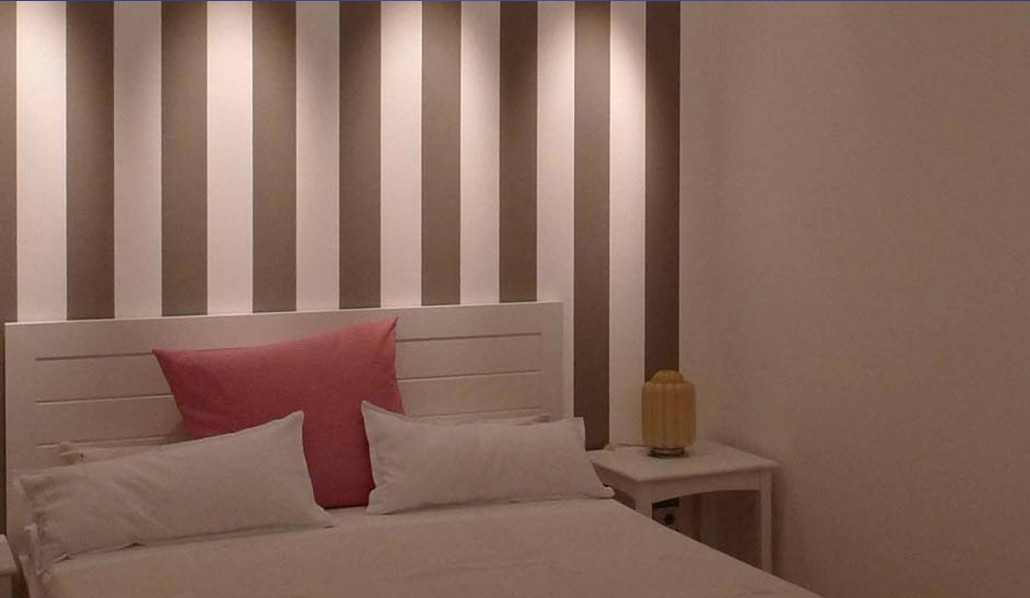 Two neighboring buildings, dating to the years of 1950, were renovated and received the same design. On the top floor of these buildings, a new penthouse was created; the architects chose a design following the shed-roof-design. The main focus of the lighting design was to illuminate the slanting roofs in the evening hours, connecting them to the windows. For this task, custom-made coves were manufactured. Read More

The office and commercial building in the center of Hamburg City was to be refurbished. One of the central points was to bring the façade back to its original state. A discreet illumination of the balcony railings was achieved with invisible LED-lines. Spotlights, equipped with special lenses to avoid unnecessary side light, precisely highlight the window reveals. Read More 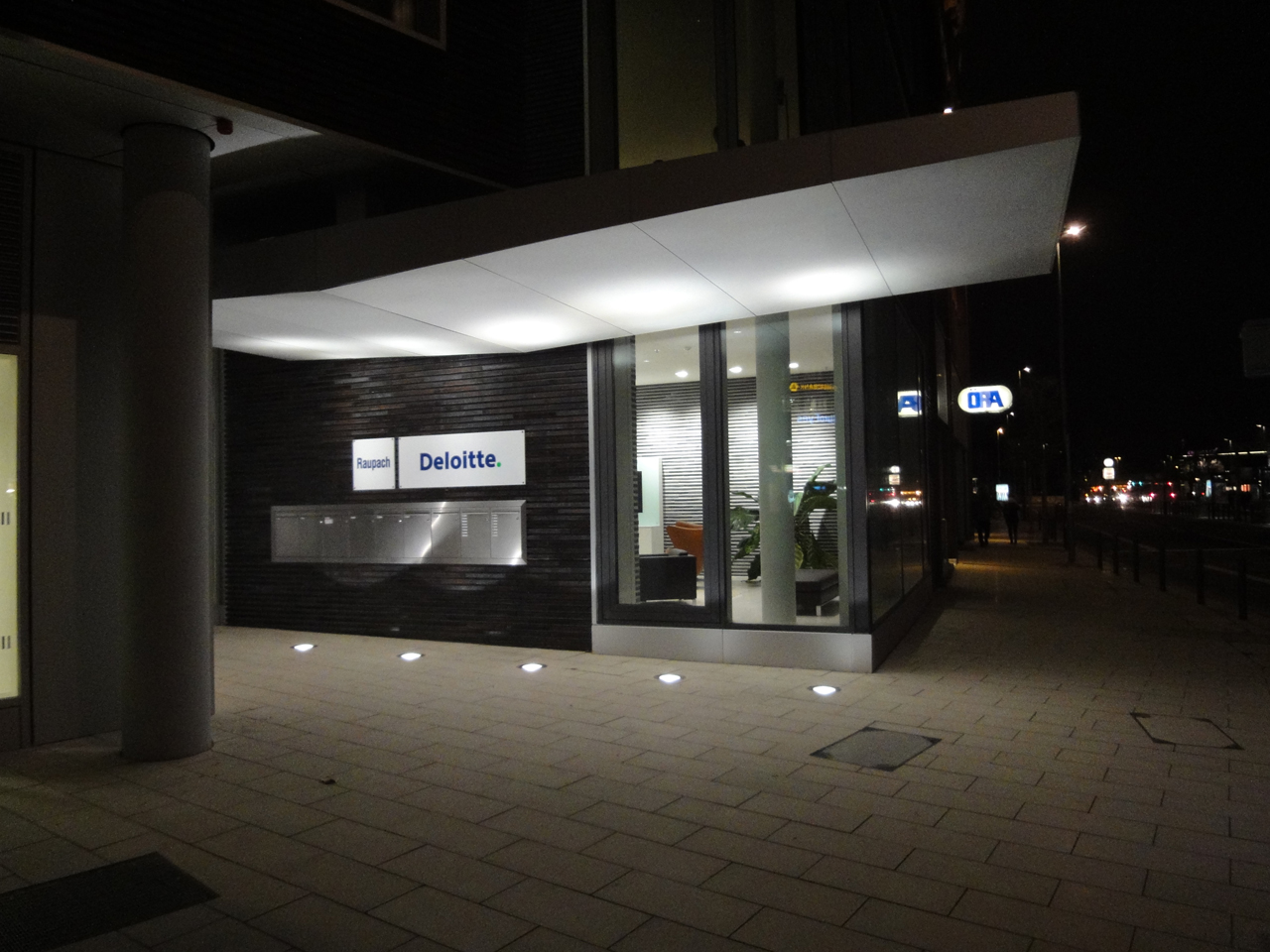 Across from the opera in the center of Hamburg, a new office building was planned. From the beginning, a Gold certificate according to the DGNB (German Sustainable Building Council) was the aim and one of the reasons for an early assembly of the various partners of the team to plan and construct the building. Read More 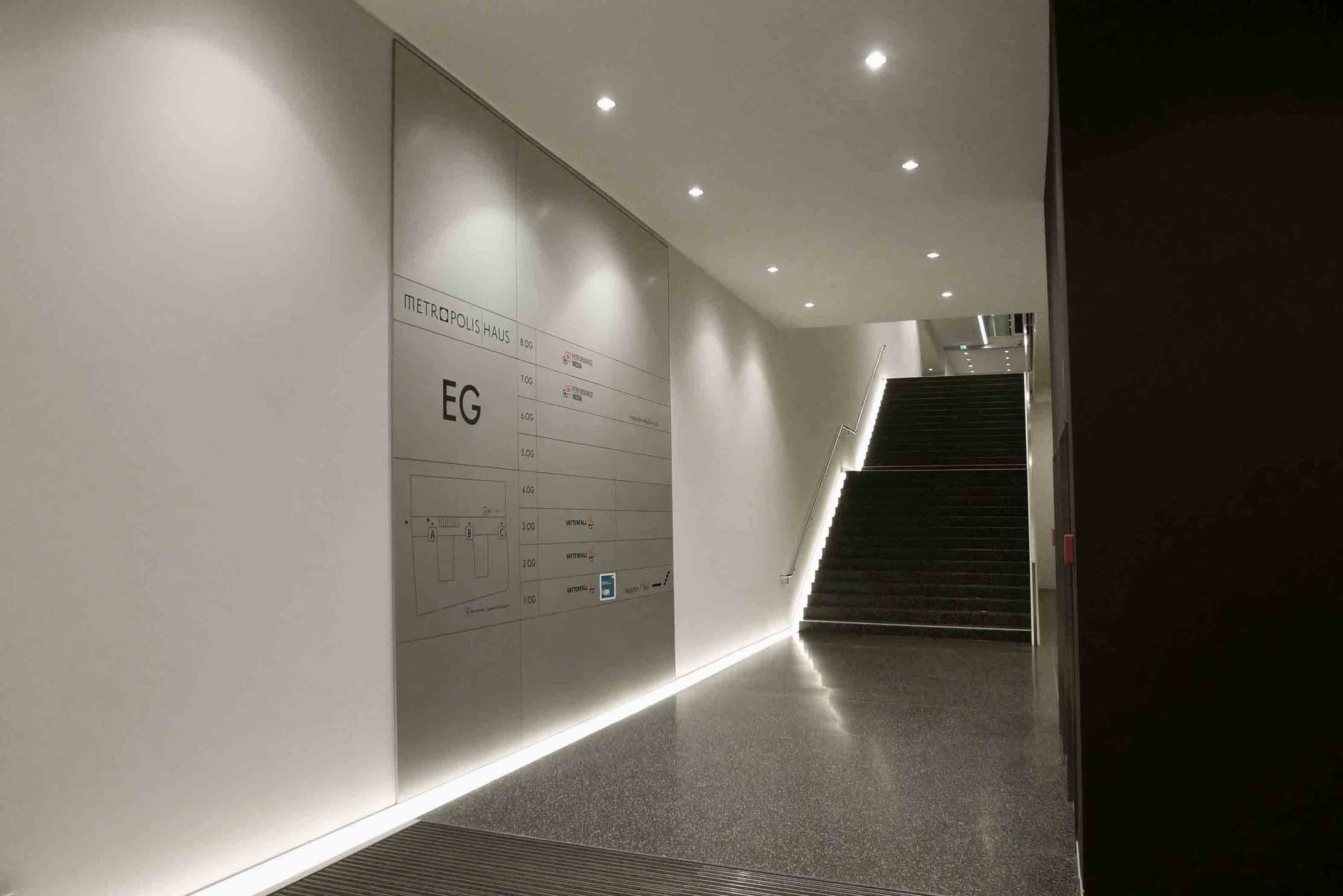 Directly next to the Opera in Hamburg, quite a large area of several buildings was taken down, making room for a new office building, which was named after the cinema which found its place again in the basement of the building: The Metropolishaus. The special challenge of this building was the foyer and reception being in the first floor. Read More 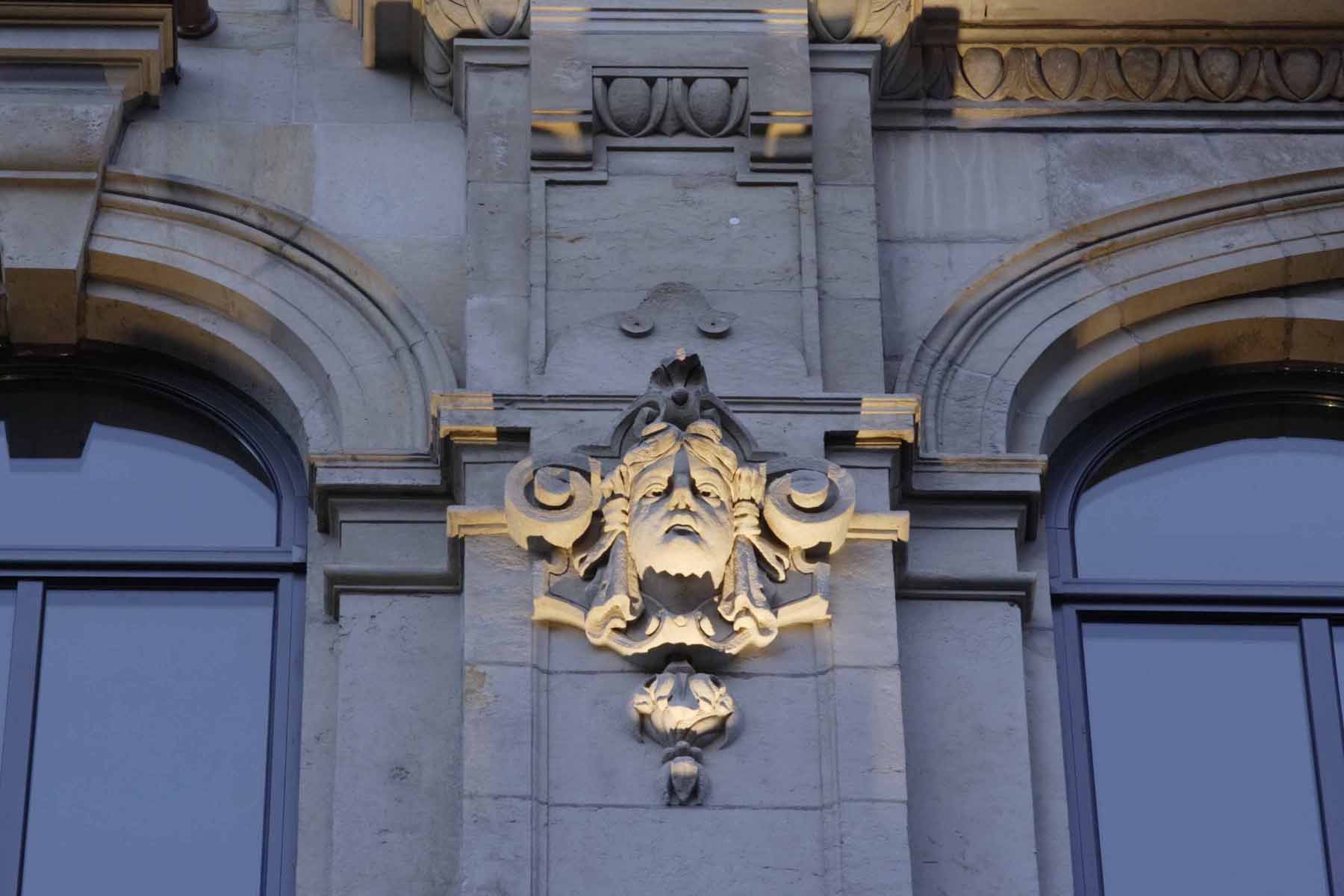 In the course of an extensive revitalization of the commercial building, the staircase and the facade were also renovated. The staircase of the building is a listed building and should be carefully adapted to modern requirements, but at the same time take up the historical design elements. Likewise, the style elements of the facade were discreetly illuminated and highlighted. Read More

A new office building was built for the Ahrenkiel Group with a view of the Außenalster. The office lighting should be very flexible designable; this was realized via pendant luminaires, which are fed with a DALI busbar control. A milestone in the project list of list lichtdesign marks the façade of the building: It is the first one we realized with LED technology. Read More 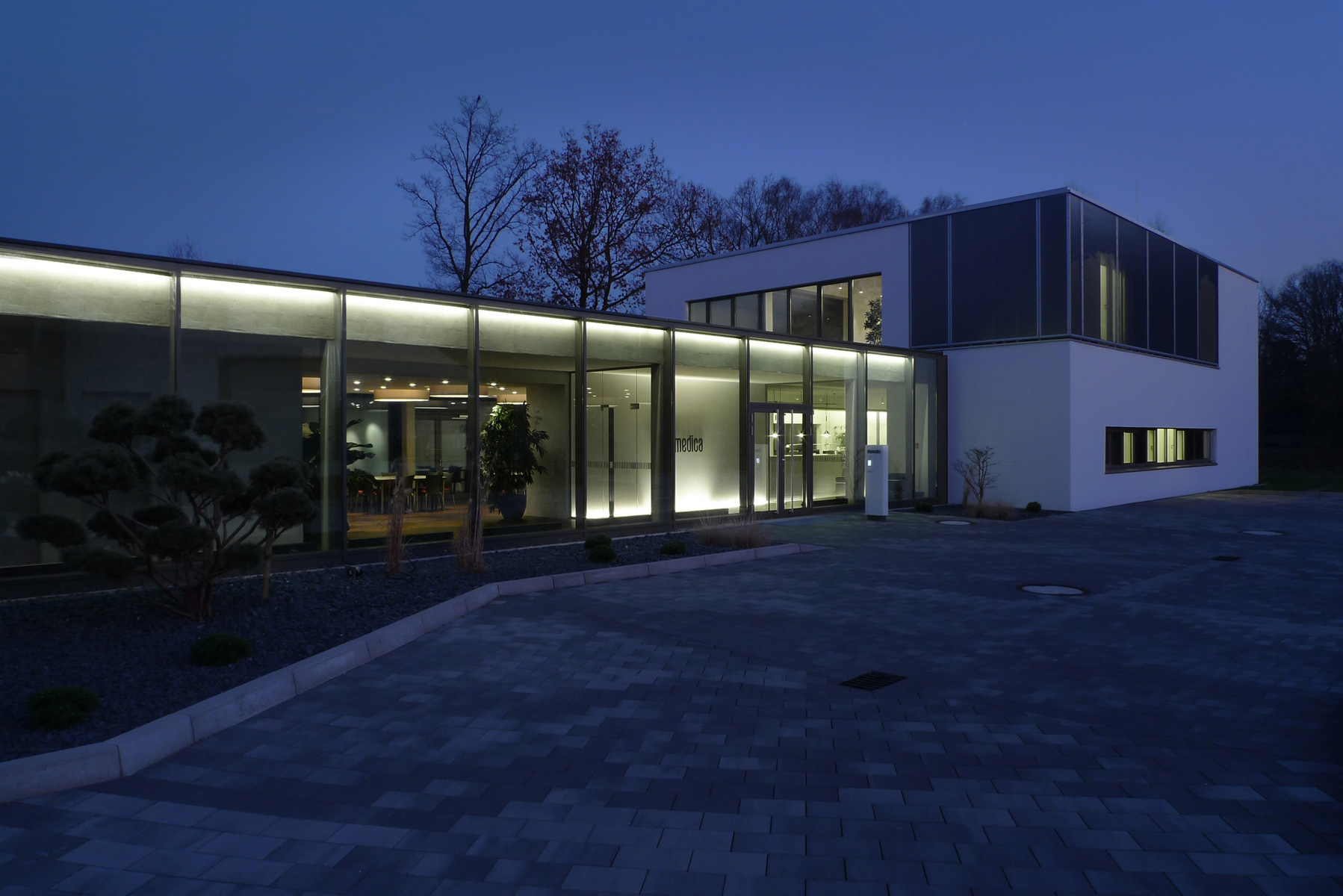 Dispomedica GmbH is an innovative, family owned company in the helthcare-industry. We were asked to create the lighting design for the new headquarters of the company, close to Hamburg airport.The new is structured into three parts: One accommodates offices and conference rooms; another the production facilities. Read More 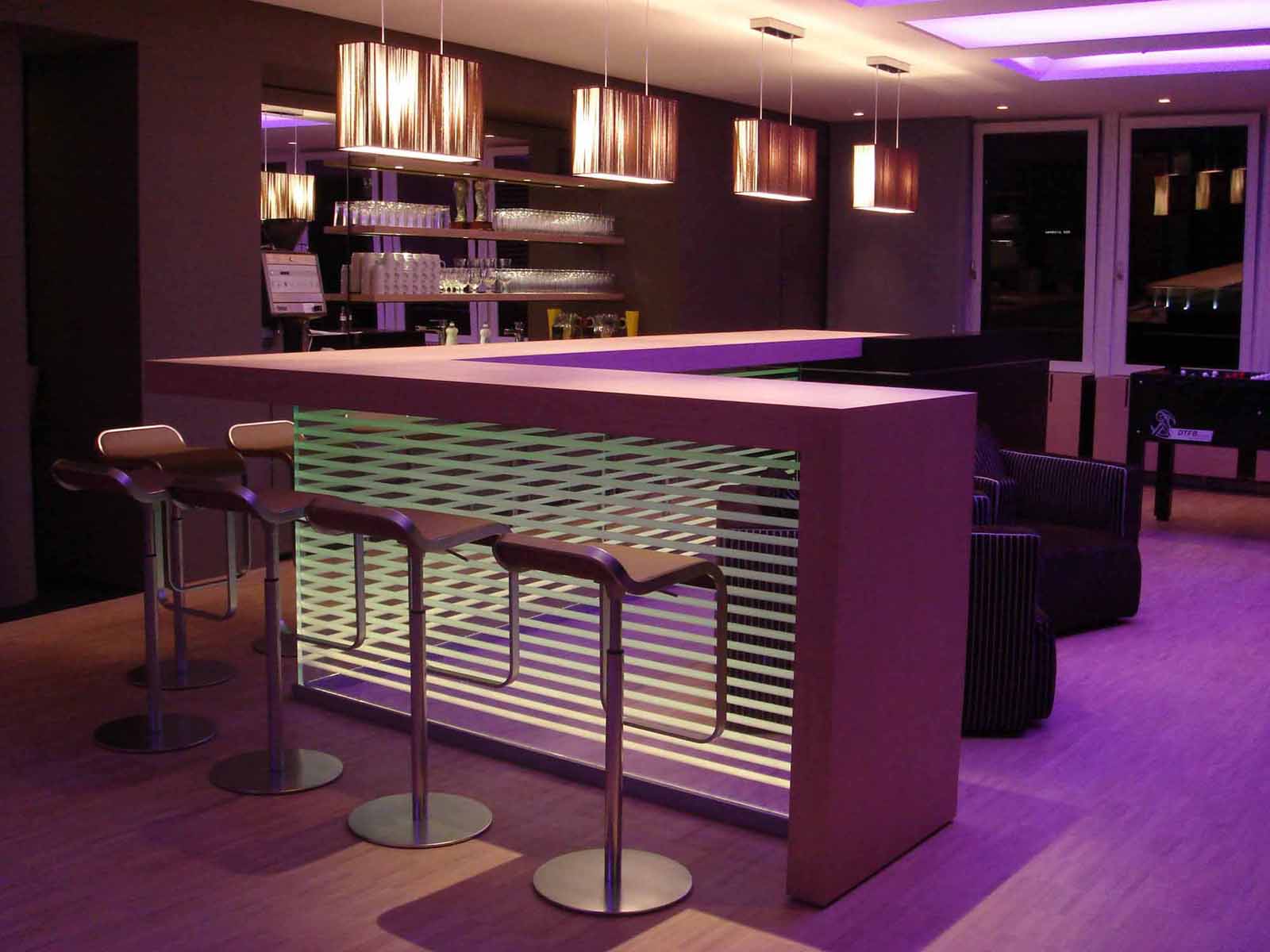 An internationally renowned company expanded its Hamburg offices. The extension not only included offices and corridors but also a lounge. This lounge, freely accessible to the employees, is intended for various uses, also for events after normal working hours. The lighting needed to be flexible – it was put into practice with a dynamic RGB-LED illumination of the ceiling with varied ceiling panels. Read More 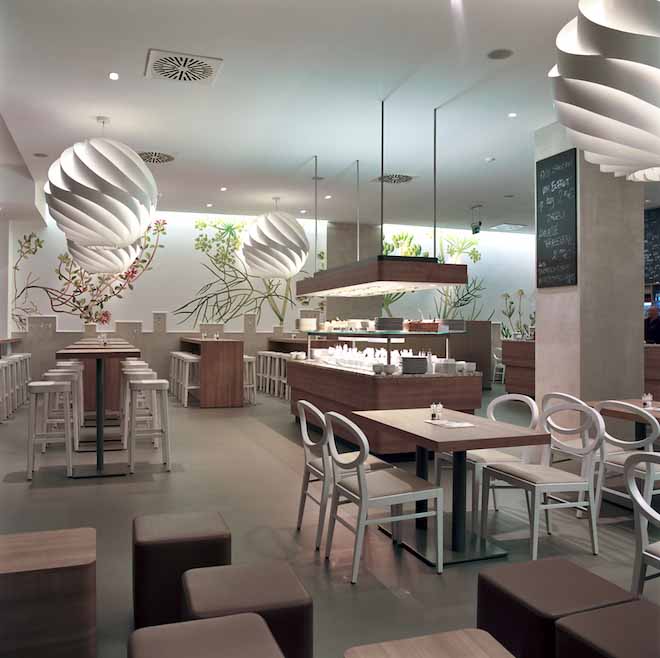 The Hamburg flagship of the ‘Season’-restaurants, located close to the Hamburg town hall, features large suspended luminaires dominating the room. These remarkable luminaires give the main character to the restaurant; indirect illumination was installed for additional basic light; equipped with technique to adapt the light to the respective time of the day. Read More

Professional lighting design is inseparable from architecture and its respective room functions. Thereby it is not an end in itself. It much more aims at emphasizing the architectural design and connecting it with functional and economic aspects. Through our creative ideas we bring aesthetics and functionality in line. In close cooperation with architects and principals, and thanks to innovative technologies, we develop a lighting design fitting perfectly to the given demands – aesthetically, atmospherically, energy efficient. Thus individual lighting concepts are developed for our principals; these can be professionally implemented also at a low budget.

Please have a look at the projects we already made for our customers!